NUPs Fred Nyanzi had accused Nsereko of rigging the Election. 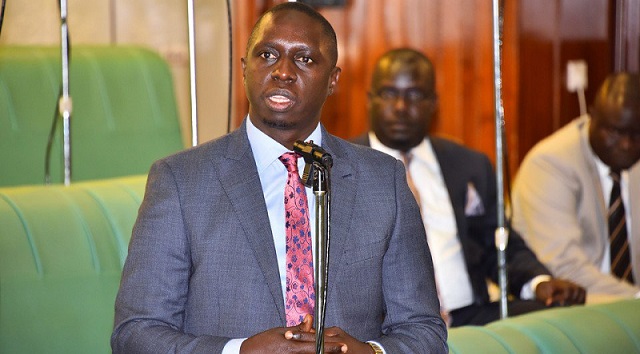 This is after High Court Judge  Margaret Apinyi dismissed an Election Petition filed by his political rival, and NUP's Fred Nyanzi Ssentamu Challenging his victory.

Justice Apinyi ruled that the petitioner failed to serve Nsereko with the Election Petition personally as required by law to qualify as effective service.

She explained that Nyanzi failed to serve Nsereko within 7 days as ordered but rather decided to do it other ways including  pinning the petition outside Nsereko's home gate at Bugolobi,sending documents to his Whats-app number and taking them to his office at Parliament  among other avenues that are not permitted under the laws governing Elections.

MP Nsereko never attended any Court Session throughout but was always represented by his lawyer Bernard Mutyaba  who always told court that his client was never served with the said petition.

His claim was backed by the  Electoral Commission that had asked Court to have the said Petition dismissed on grounds that if the respondent was not served with the petition as the law requires, then there was no case against him, the returning officer or EC to defend over.

EC's Lawyer Eric Sabiti submitted before Court that since the first respondent was allegedly not served, then, the whole process was a wastage of Court's time and court had to dismiss the said case.

However, Nyanzi had accused the Electoral commission of conniving with MP Nsereko to defeat justice explaining that he could  not believe that EC that had already filed their replies, turned around and defended Nsereko.

Nyanzi claimed that the said election was not conducted in accordance with the electoral laws and that there was non compliance .

He further claimed that failure by EC to conduct a free and fair elections affected the results in a substantial manner and that seven presiding officers committed electoral offences by failing without lawful excuse to furnish true returns of the election results to the returning officer within the time in which they were required to furnish those returns.

Incumbent Muhammad Nsereko defeated five other candidates including  Nyanzi with 16,998 while Nyanzi  who came second scored 15,975 votes with a vote difference of 1021 votes.