The MPs are charged with the Bijambiya Murders in Masaka Districts. 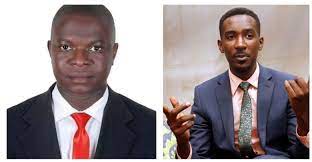 The Masaka High  Court has set the 20th of this month to hear the bail applications of Kawempe North Mp Muhammad Ssegirinya and Makindye West MP Allan Sewanyana who are facing murder charges.

On the 8th of September, the two were remanded to Kigo government prison after being charged with three counts of Murder and one account of attempted murder in Masaka district.

They were barred from entering any plea since they are charged with capital offences that are triable and bailable by the high court.The Members  of Parliament  were charged with four others including Sserwada Mike, Muwonge Jude,Wamala Bulo, Mugerwa John.

Prosecution states that the group on the 23rd of August at Ssenya Village,in the Masaka City,with malice aforethought killed Kiyimba Tadeo and attempted to murder Ssebyoto Ronald on the same day at Ssettaala Village.

They were arrested at Masaka police station were they had gone for the second day to make police statements on the famous 'bijambiya' killings in Masaka district.

They are also said to have participated in the murder of Slaiman Kakooza, Michael Kiza Nswa on August 23rd 2021,at Ssetela Village, Kimanya,Kabonera divison .