He claims that the University illegally admitted him on mature entry program. 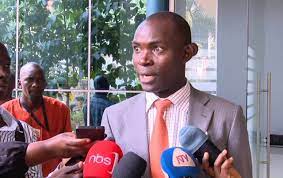 City Lawyer Hassan Male Mabirizi Kiwanuka has dragged National Unity Platform Party President Robert Kyagulanyi to the Law Development Centre Court over Fraud in relation to his alleged illegal admission for a diploma in Music, Dance and Drama by Makerere University on mature entry despite being below the mandated age.

In his petition, Mabirizi, claims that according to documents he obtained from Makerere University,  Kyagulanyi who was admitted on government sponsorship for the said course was below 25 years of age at the time as the law required.

Mabirizi further claims that Kyagulanyi had not spent five years outside his formal Education since he sat his O'level in 1998.

So we want him to be convicted since was admitted fraudulently and illegally, and the effect of that is to block him from standing for any Elective position including contesting for President,  Member of Parliament or district chairman for a period of seven years upon conviction.

He adds that he has overwhelming evidence to prove his allegations.

According to Mabirizi,  on the 21st of October 2000, 20-year-old Kyagulanyi and had sat his advanced level Education Examinations in November/December 1998, was registered as a student of Diploma in Music, Dance and Drama under the Makerere University Mature Age Entry scheme on Government sponsorship, contrary to Makerere University prospectus 199/2000-2002/2001 which required a person to be admitted to be at least 25 years old and at least had finished his formal education at least five years previous to the years of admissions.

He wants the LDC Court to Institute fraudulent charges against Kyagulanyi and summons Kyagulanyi to defend himself over the said allegations.

The court is yet to summon the respondent.