"Work for Stability Despite Your Political Diferences." - President Museveni 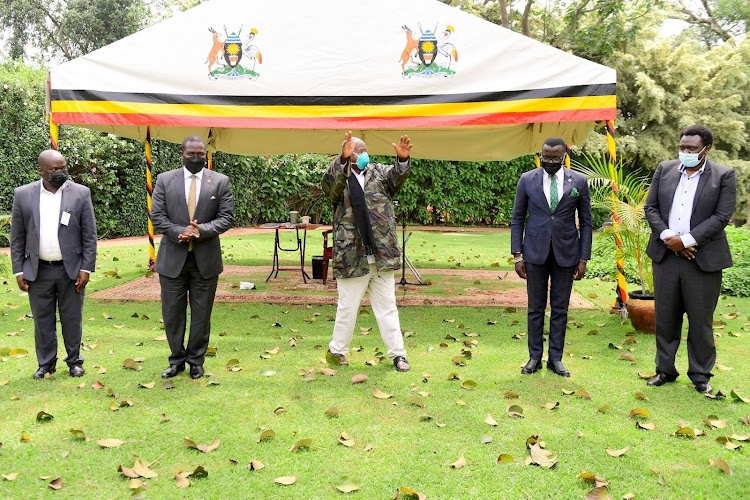 President Yoweri Museveni, who doubles as the National Resistance Movement (NRM) Party National Chairman, has called upon all political parties in Uganda to work together and resolve the issues affecting the country.

Museveni, who is also the current chairperson of The Interparty Organisation for Dialogue (IPOD), says despite the political differences political parties should take the lead in the promotion of peace and stability in the country.

The President who was meeting the IPOD Council of Secretaries General of member political parties at State House, Entebbe, noted that although IPOD brings together all political parties represented in Parliament, some do not want to cooperate with others and therefore, these should not qualify for Government funding under the IPOD arrangement.

According to the IPOD Council Chairperson, Hon. Richard Todwong, National Unity Platform (NUP) is getting more funding than UPC, DP and JEEMA and yet they don’t want to cooperate with other political parties.