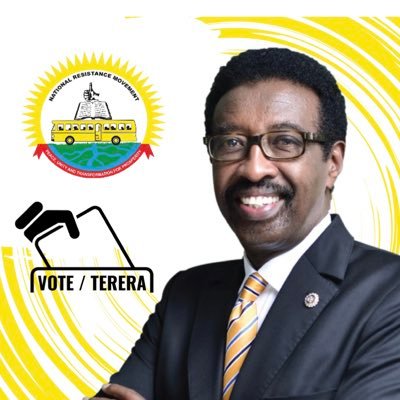 The Court of Appeal has concluded hearing all 81 Election Appeals after setting a one month deadline.

The justices will now retire to write Judgement of the said Appeals and deliver them on notice.

The last Election Appeals to be heard included that of Security Minister Jim Muhwezi whose victory for  Rujumbura County is being challenged by former MP Fred Turyamuhweza.

He wants  court to nullify the election of  hon. Muhwezi on grounds of vote rigging and bribery .

However the lead panelist Justice Cheborion Barishaki has tasked Turyamuhweza's lawyer Jude Byamukama to distinguish between money given for a common cause in a Church , Mosque or as condolence on a burial ceremony from a bribe.

Turyamuhweza's petition was dismissed by the High court in Kabale, which  upheld the election of minister Muhwezi and ordered him to pay costs .

Other petitions completed included that of  Mbale Woman MP Connie Galiwango whose victory is being challenged by NRM's Lydia Wanyoto and Ngora County MP Juliet Acayo who is being taken on by Dennis Abala.

Three of the said Appeals  were concluded. They include that of Nakawa West MP Joel.Ssenyonyi, the Baale constituency MP  Charles Tebandeke and the Nansana Municipality MP Wakayima Musoke .