Gov't issues certificates of occupancy to tenants in Mubende district 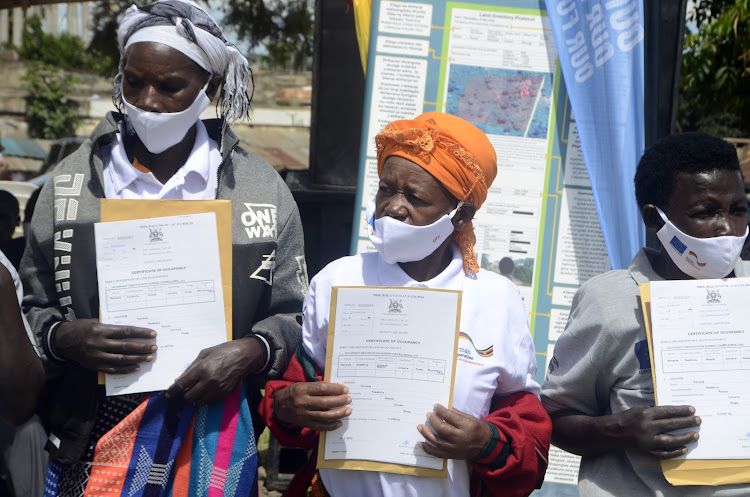 The ministry of lands has issued certificates of occupancy to 150 residents in Mubende district and these are the first of its kind to be issued in the country.

This was attained through the GIZ and European Union project dubbed ''Improvement of Land Governance In Uganda to increase productivity of small scale farmers on private Mailo land'' which commenced in 2017 in four districts of Gomba, Mubende, Kasanda and Mityana.

The project aimed at restoring the depraved relationship between the landlords and tenants.

While officiating at the closing ceremony of the project, Naome Kabanda, commissioner lands administration at the ministry of lands noted that the government giving tenants certificate of occupancy is one of the major solution to resolving the increasing land wrangles between tenants and their landlords.

‘’And I’m happy also to note that that there has been a data base created for Landlords and tenants, this is going to ease the work who intend to buy or sale land in the area, because now at that level you are able to know that this land belongs to so and so before by it. So such data base is what is lucking in the rest of Mailo areas’’ Kabanda said.

According to her, in the absence of the land fund, this is other option which is available to promote the co-existence and relationship between Landlords and tenants which used to be in those early days when Mailo land was first introduced.

On her part, Caroline Adrieansen, the head of European Union cooperation noted that the project has registered tremendous achievement which include, mapping of 86737 Bibanja holders of which 28159 Bibanja are for women, 1531 for persons with disability and 9233 are for old people.

According to her, basing on the achievements, more funds have been released to carry on the second phase of the project.

She noted that the second phase they are only waiting to sign agreement between European Union, Germany government and the Ministry of finance and the idea is that they commence the second phase right after the first phase so that to avoid the gap in the middle and the second phase will be for a total amount of USD 4.3m. 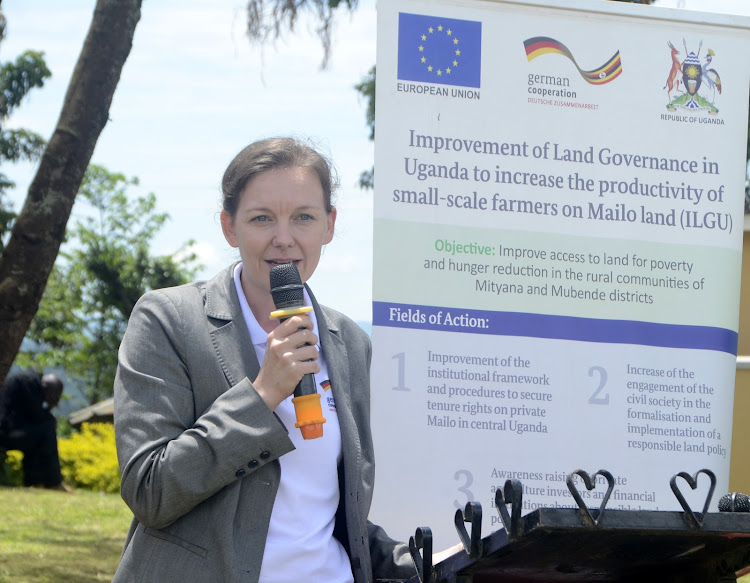 ‘’We have seen a number of big achievements in the first phase, we have seen increased security, harmonious co-existence between tenants and landlords, less conflicts,  said Ms Christine Ketter, the project team leader.

She further noted that the issued certificates will allow the tenants use it as security when they are looking for credit and capital to implement their new projects.

‘’One of the important positive point of the first phase also has been to look at the gender component, the volubility aspect is very important and this is something that will try to maintain and peruse in the second phase’’ she added.

Rose Mary Muka, the RDC for Mubende said, with these certificate in place, tenants are going to use the land productively. ‘’ so now if they bring these government programs of wealth creation, Parish development model among others, it means tenants can grow crops which are perennial that can bring income to families’’ she said.