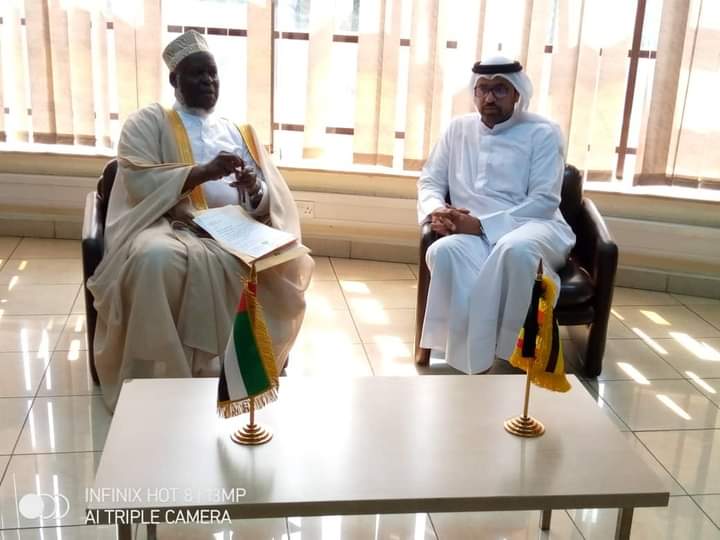 The Mufti of Uganda, His Eminence Sheikh Shaban Ramadhan Mubajje has expressed his condolences for the death of the former Arab Emirates, HE Khalifa bin Zayed Al Nahyan.

Sheikh Mubajje paid his condolences on behalf of all Muslims in Ugansa in a courtesy visit he paid to the United Arab Emirates-UAE Embassy in Kampala.

HE Khalifa bin Zayed Al Nahyan was buried on the 13th of May  in Abu Dhabi's Al Bateen Cemetery  at the age of 73.

While meeting the UAE ambassador HE Abdallah Hassan Obaid Hassan Al Shams at his Office, Sheikh Mubaje  expressed condolences on his behalf and the Muslims of Uganda in general.

He paid gratitude to the late president for his support to the Muslim community in Uganda and the world in general.

He further  prayed for the continued relationship between UAE and UMSC and used the same occasion  to congratulate the former Crown Prince, Sheikh Muhammad bin Zayed Al Nahyan upon his elevation to the presidency and prayed for his wellbeing.