Kukundakwe wont make it to the finals 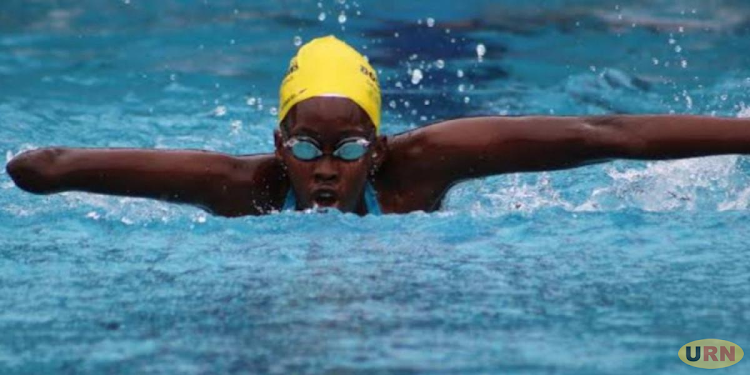 Uganda’s teenager para swimmer Husna Kukundakwe today failed to advance to the finals of the Women's 100 metres breaststroke SB8 after finishing a distant sixth in heat one at the Tokyo Aquatic center in Tokyo, Japan.Kukundakwe was the first Uganda to get to action at the Tokyo Paralympic Games ongoing in Japan.

The 14-year old swimmer posted 43:67 minutes in the heat and thus missing out on qualification by 8:06 seconds.Russia’s Razetdinova Adelina won the heat in 40:40, while Canada’s Roxon Katarina came second 40:69, and Japan’s Utsugi Mikuni finished third with 42:16.

According to the tournament rules, the best eight athletes overall progress to the final, this therefore means the first four in the two heats automatically qualify for the finals.Kukundakwe was making her debut in the Paralympic Games. She is the second Ugandan  Paralympics swimmer after Prossy Tusabe who took part in the Sydney 2000 Games.

Uganda's experienced para athlete David Emong will be next in action in the Athletics Men’s 1500m T46 on Saturday. Uganda sent four athletes to the Games.