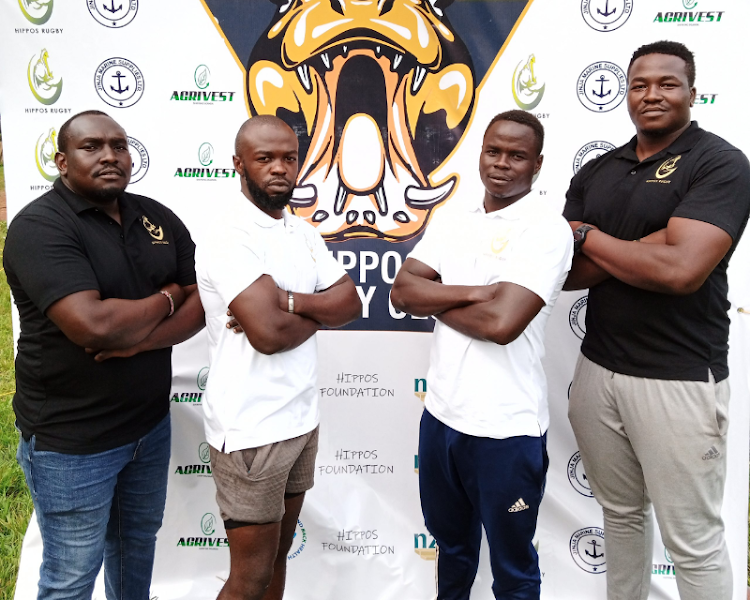 The new players include; Michael Amollo and Isaac Rujumba, who were from Pirates Rugby club, Yusuf Wasswa from Jinja City’s based Walukuba barbarians.

Six players from the Hippos academy known as Kiira Crocs were also promoted to the main team.While unveiling the three new players at the Hippos rugby club’s training grounds on Friday, head coach, Charles Onen said that their team suffered a setback after their former captain, Maxwell Ebong, who excelled as last season’s club top sorcerer suffered a knee injury.

He adds that with the new players, they hope to exhibit better performances throughout the league.Onen says that the newly acquired players, who will be making their debut at the club during their first league’s game against pirates on Saturday shall enable them to strengthen their attacking and scoring lines.

Now, going into a fresh 2022 season, with bittersweet memories from last year unforgotten, Hippos intend to maintain this upward momentum and continue inching closer to the top three clubs in the country.

The Hippos captain, David Wako stresses that after triumphing as the 3rd runner-up during the recently concluded Rugby 7s series, they hope to capitalize on such achievements, as their main basis of performing better in this fourth-coming rugby league.

Wako adds that the players have acquired the necessary drills and tactics to enable them to exhibit professional rugby skills throughout their match appearances.