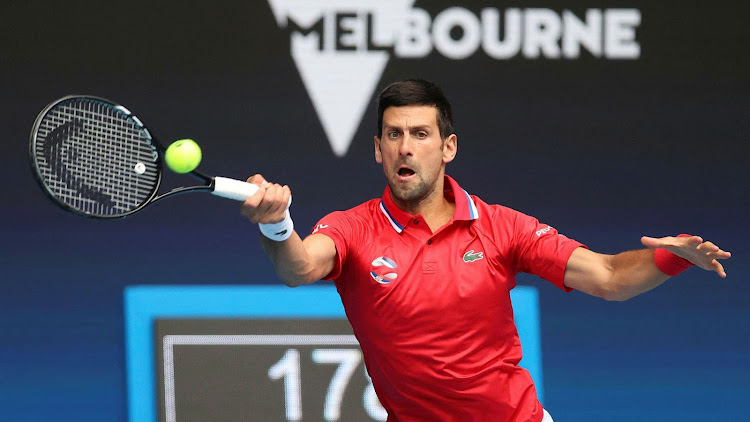 Following hours of deliberations, technical glitches and arguments from both sides, Justice Anthony Kelly has ordered Djokovic to be released from a temporary hotel detention facility and his possessions returned within 30 minutes of the Monday ruling.

Justice Kelly also ordered the respondent in the case the Australian Ministry of Home Affairs -- to pay Djokovic's legal costs.

The 34-year-old Serbian player flew into Melbourne last week, hoping to defend his Australian Open title only to have his visa canceled after Australian Border Force deemed his medical exemption from requirements that all arrivals be fully vaccinated against Covid-19 was invalid.

Faced with deportation and his hopes of winning a record 21st Grand Slam in jeopardy, Djokovic launched a legal challenge.

But Immigration Minister Alex Hawke could still cancel his visa on new grounds.

The government acknowledged in court that Djokovic was not given enough time to respond following the notification to cancel his visa.

The player was told he would have until 08:30 local time last Thursday to make comments about the visa cancellation under section 116 of the Australian Migration Act, but the Border Force made the final decision shortly after 07:40.

The Judge said Djokovic could have had more time to make a submission about why his visa should not be withdrawn if authorities had stuck to the original time.

The case has attracted worldwide attention and sparked anger from both his supporters and critics, with some saying his case shows celebrities are getting special treatment when it comes to Australia's tough Covid-19 rules, which have seen families separated for years, and others who believe coronavirus restrictions are encroaching on their civil liberties.