Round 1 of the National Rally Championship Cancelled. 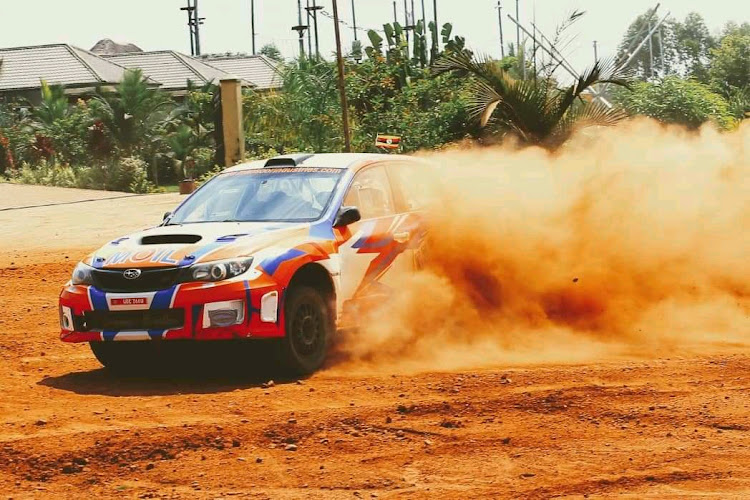 Despite numerous calls to meet and harmonize , and following recommendations from sports commission, the opening round of the 2022 National Rally championship, the Rukaari-Lake Mburo rally which was scheduled for this weekend of 21st - 23rd January, 2022 has been cancelled.

In a statement released by the Federation of Motor Sports clubs of Uganda, the organizing club, Mbarara motor club-MMC failed to submit event documents in conformity with the recommendations of Federation of Motorsport of Uganda and the ministry of works and transport  despite numerously extended deadlines.

According to the statement, last effort zoom  meeting held on 20th of January 2022, with club officials yielded no results.

The statement signed by Irene Blick, the general secretary of FMU, further revealed that the speed-lift instrument from Ministry of works and transport which is required for issuance of an event permit has not yet been recieved."It is in the interest of FMU that motorsport events are organized within the proper structure and the recommended guidelines as well as the respective line ministries'' the statement revealed.

According to the FMU, it will take necessary action against the club and its officials as per prescribed by the 2022 Nation competition rules and constitution. 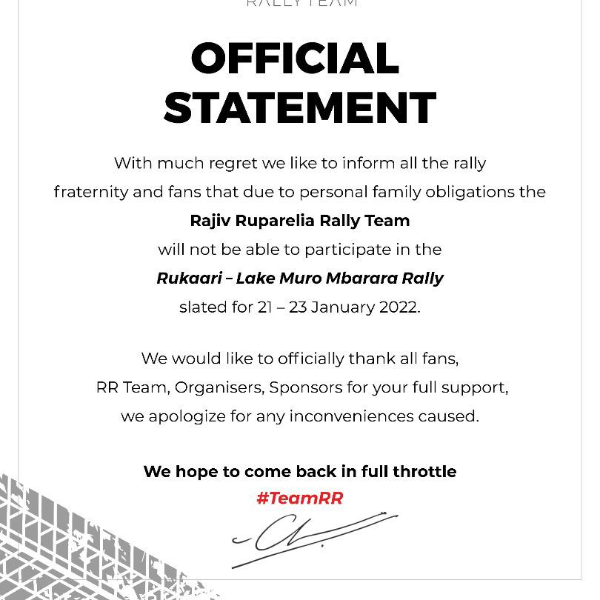 The event cancellation has come at a time when some of the rally drivers like Rajiv Ruparelia have already written to the federation confirming of their absence.