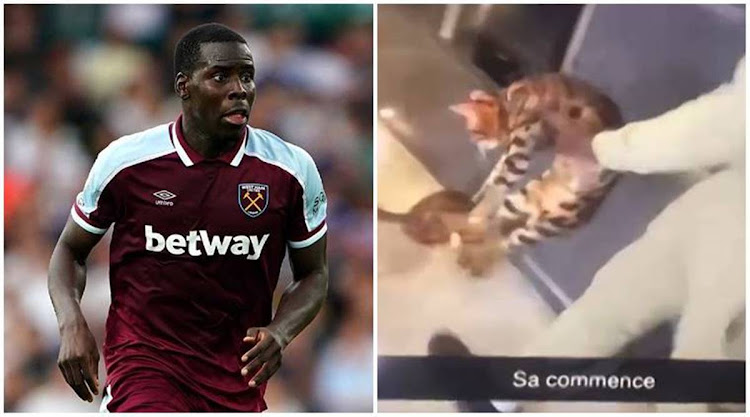 Kurt Zouma's two cats were seized by the Royal Society for the Prevention of Cruelty to Animals (RSPCA) after a video went viral showing how he kicked and slapped one of his animals.

On the other hand, West Ham say they have fined Zouma "the maximum amount possible" and the fee will be donated to animal welfare charities.

More than 150,000 people have signed an online petition calling for Zouma to be prosecuted, while one of West Ham's sponsors, Vitality, has suspended its deal with the club.

The West Ham defender has also been fined £250,000 - two weeks' wages - and dropped from the squad over the vile video which was filmed at his Essex mansion.

This means that Kurt Zouma, will now not feature in this Sunday's Premier League clash against Leicester City.

West Ham said the fine, which Zouma immediately accepted, was "separate to the RSPCA's investigation and pending further sanction once the outcome of that process is determined".

They added: "Kurt is extremely remorseful and, like everyone at the club, fully understands the depth of feeling surrounding the incident and the need for action to be taken.

West Ham manager David Moyes played France international Zouma in their match against Watford on Tuesday, despite the controversy, and the centre-back was booed by both sets of supporters during the game.

Kurt Zouma has since apologised for his actions and accepted the fine handed to him by his club West Ham, with the club condemning the player's behaviour.