Chelsea to play against Palmeiras in the Club World Cup Final 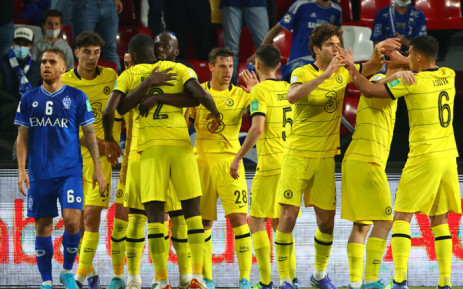 Chelsea will face Palmeiras in the Club World Cup final on Saturday after their victory against Al Hilal, on their second appearance in the competition.

Thomas Tuchel’s side beat Al Hilal in the semi-finals to set up a showpiece against Palmeiras, and will be looking to become the eighth different European winners of the competition and the ninth in a row.

Romelu Lukaku scored the only goal of the game to push the west London side into the finals, where they will be looking to win it at the second time of asking, having lost to Corinthians in the final on their last outing.

It wasn't an easy start for the Blues. They struggled to break down Al Hilal during the first 30 minutes of Wednesday's encounter and needed their record signing to deliver.

However, their talisman Romelu Lukaku turned up in the semi-final by taking advantage of a defensive mistake to give the Premier League outfit a first-half lead.

Al Hilal, who reached the semi-final after an emphatic 6-1 victory against Al Jazira on Sunday, gave the Blues a tough game and were unlucky not to score against Chelsea.

The Blues have already reached one final this season - the EFL Cup - and could now complete a unique double of winning two trophies in February.