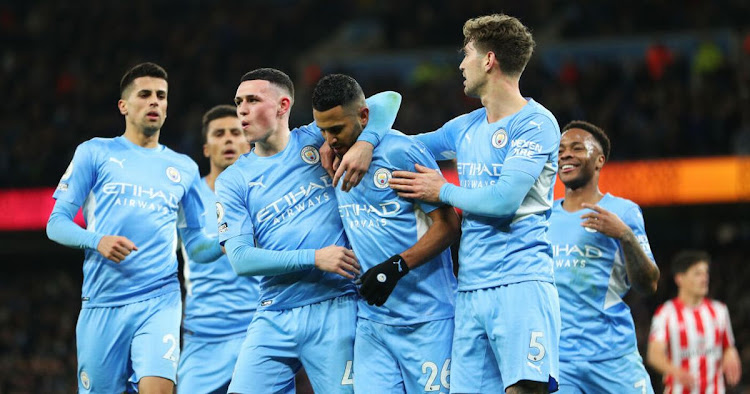 Manchester City went 12 points clear at the top of the Premier League with a 2-0 win against Brentford, while Tottenham’s top four bid suffered a very big blow in a dramatic 3-2 defeat against Southampton

Pep Guardiola’s side have now gone 14 matches unbeaten in the premier league and last nights win was all down to Riyad Mahrez’s first half penalty and Kevin De Bruyne’s strike after the interval at the Etihad Stadium.

Manchester City forward Raheem Sterling was key to both goals, winning the penalty for Mahrez to score and then seeing his shot spilled by David Raya for De Bruyne to make it two.

On the other side of town, Tottenham boss Antonio Conte called on his side to improve their mentality after collapsing to a late 3-2 defeat by Southampton on Wednesday night.

Southampton's win handed Conte his first home defeat in charge and also dented Spurs' bid for the top four, and left him admitting that every game remained a struggle to secure victory despite praising his team's work ethic and recent improvements.

All in all, Tottenham remain seventh, four points off the top four, while Southampton climb to 10th