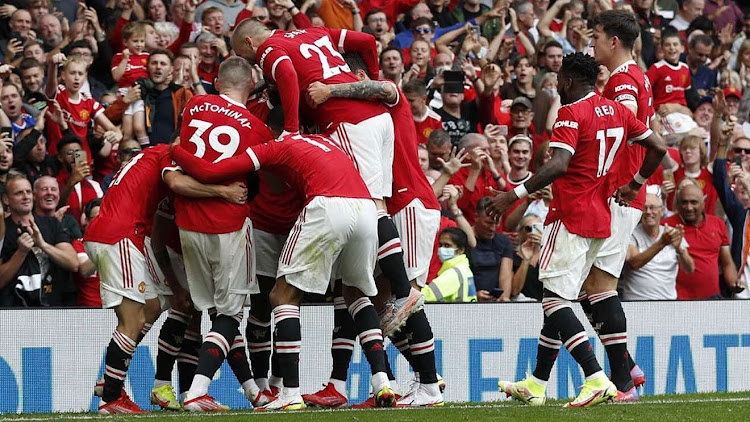 The Manchester United players celebrate one of their goals against Leeds United. ES Actualizado 14/08/2021 - 15:49
Image: Marca

Manchester United became the first ever premier league team to win 700 premier league games after their 4-2 win against Leeds United at the Elland Road stadium.

Harry Maguire and Bruno Fernandez put the Reds ahead with a two goal lead in the first half. However, Leeds United equalized within a period of one minute through Rodrigo and Raphinha.

However, Ralf Rangnick got his second half tactics right as Fred and Elanga came on to score two goals as Manchester United worked hard to their new premier league milestone

Of the 700 premier league games, 399 wins have taken place at Old Trafford, with the most away victories happening at Villa Park (17) and Goodinson Park (17)

Manchester United head to Spain to face off with Athletico Madrid at the Estadio Wanda Metropolitano stadium in their first leg of the last 16 Champions League tie.