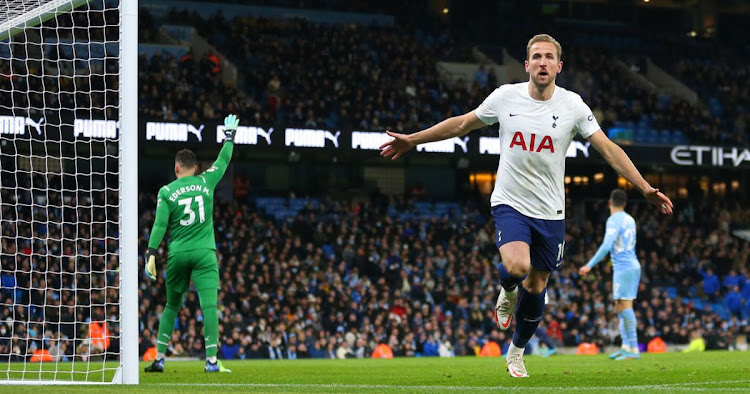 Harry Kane fired Spurs to three extra points as the London side stunned the premier league leaders 3-2 in an entertaining match at the Etihad Stadium.

The Tottenham skipper who was heavily linked with a summer move to Manchester City after the previous season showed Manchester City what they missed out on as he netted a double against Pep Guardiola’s side.

Dejan Kulusevski scored his first goal for spurs after which Ikay Gundogan equalized for Manchester City.Kane put spurs ahead again before Riyad Mahrez stoppage time equalizer appeared to have helped City grab a point from spurs.

However, Kane headed home in the fifth added minute to leave the advantage of the Manchester side over Liverpool at six points, with an extra game played.

ManchesterCity head to Everton next weekend but Tottenham is back in action on Wednesday as they take on Burnley at Turf Moor.