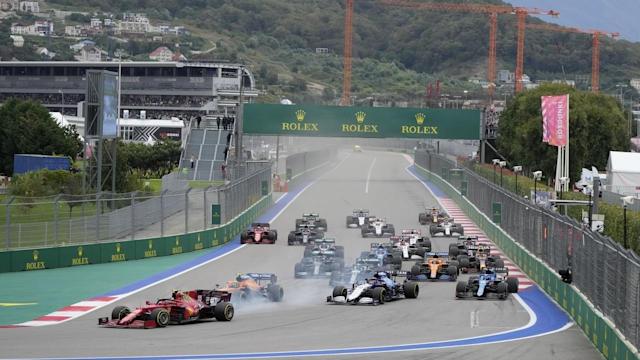 Formula 1 has ripped up its contract with Russia, taking away both this year’s race and any future races in the midst of the ongoing Ukraine conflict

The 2022 race scheduled to take place in Sochi in September had already been cancelled in the wake of Russia's invasion of Ukraine, but F1 has now confirmed that there will not be Grands Prix in the country moving forward.

In a widely reported statement, F1 said: "Formula 1 can confirm it has terminated its contract with the Russian Grand Prix promoter, meaning Russia will not have a race in the future."

The news emerged two days after the FIA, motor sport's world governing body, backed F1’s decision on the 2022 Sochi race but stopped short of banning Russian drivers from all competitions.

The FIA this week said none of its events should take place in Russia or neighbouring ally country Belarus until further notice, with flags or symbols of either country also banned for now, along with anthems and national colours.

Teams representing Russia and Belarus have been suspended, but the FIA said drivers from those countries will be allowed to participate in motor sport in a neutral capacity - "subject to specific commitment and adherence to the FIA's principles of peace and political neutrality".