All is set for the KAVC International tournament 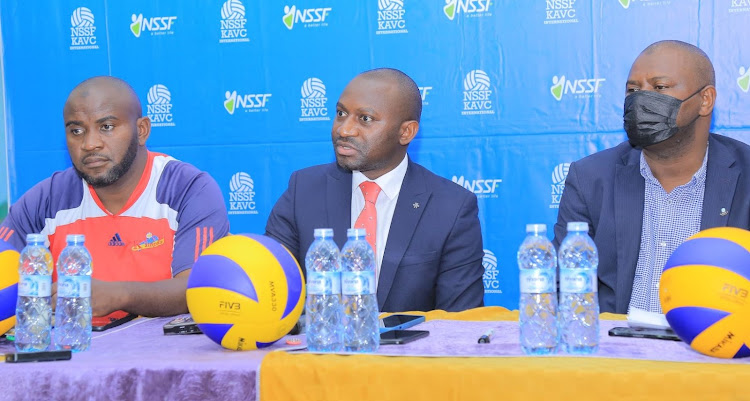 The KAVC International tournament is back and energized

The tournament which was last held in 2019, with a forced hiatus caused by the COVID-19 pandemic, is scheduled for 5th to the 7th of August at the Lugogo indoor stadium and National Hockey grounds.

This edition will be the tournament’s 24th edition, and will also mark 12 years since NSSF joined as a sponsor of the tournament.

According to Kampala Amateur Volleyball Club (KAVC)  President, Hamza Lubwama  the tournament returns with over 30 teams from East and Central Africa anticipated to participate.

Lubwama who was speaking at an event where the National Social Security Fund (NSSF) has unveiled  UGX 70 million sponsorship boost to support the tournament has noted that “To date, 10 teams from Uganda, Tanzania, Burundi and Rwanda have confirmed their attendance.

For his part, Victor Karamagi, Public Relations Manager, NSSF noted that as the fund they believe that sports is a very important platform through which the youth can be empowered to channel their energy productively towards activities that can help them better prepare for their future.

“The NSSF KAVC tournament exposes Ugandan volleyball players to the international volleyball scene by giving them a platform to showcase their talents, facing off with players and teams from across the region. Our continued support is a demonstration of the commitment of Fund to the development of sports in Uganda, among various youth initiatives supported by NSSF,” HE added.

During the 2019 edition, Nkumba overcame Ndejje to win the ladies’ title, while Kenya’s Homegrown beat Burundi’s Gacosmos to take home the men’s title, both clubs walking away with $2,500 in prize money.

Several Ugandan players have used the tournament as a launchpad for international sports careers, such as Daudi Okello in Turkey and Cuthbert Malinga playing for Marek Union-Ivkoni in Bulgaria, Sharon Amito with UTB-Rwanda and Ronald Kitusi and Emma Kato who play for Kirehe Club in Rwanda.