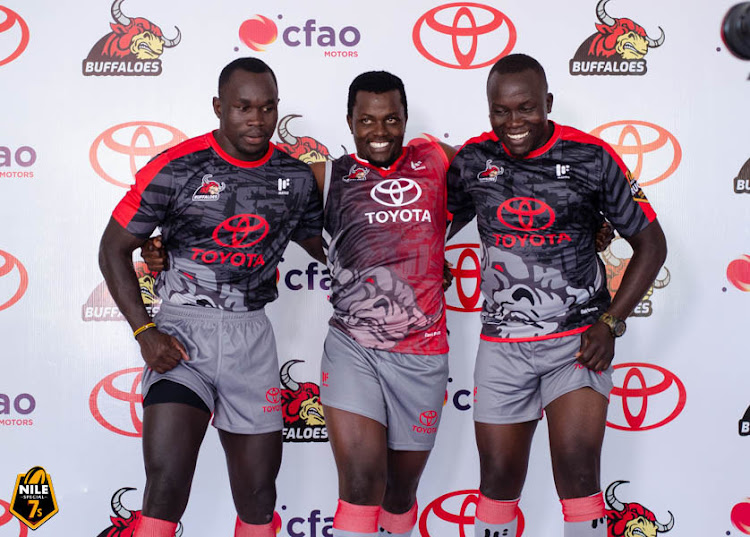 The Toyota Buffaloes are in bullish mood ahead of the final Nile Special 7s circuit, promising fireworks both literally and figuratively.

This was revealed today 13th Oct, 22 at a press conference held at the CFAO Motors head office in Namanve, during which the club sponsor Toyota also unveiled the new team kit for the Buffaloes.

CFAO Motors, formerly Toyota Uganda has been the longest standing sponsor of a Rugby club in Uganda having started their partnership with the Buffaloes Rugby team in 2007.

The Marketing Manager CFAO Motors, Isaac Tegule, referred to the ‘Buffaloes’ as strategic partners with whom the company shares the mutual objective of touching and changing lives especially but not limited to sports.

“Sports as a vehicle of society transformation is a well-documented fact.It impacts quite a large ecosystem that includes the sportsmen/women, the support staff, and the club fans. Beyond sports, our long-standing relationship with Buffaloes has also enabled us join hands to support the Banunule orphanage through provision of scholastic materials, education about road safety, rugby sport mentorship, as well as holding of a yearly Christmas party for the orphans held at the Kyadondo Rugby Club,” said Tegule, who also wished the club a great show during the final 7s circuit. 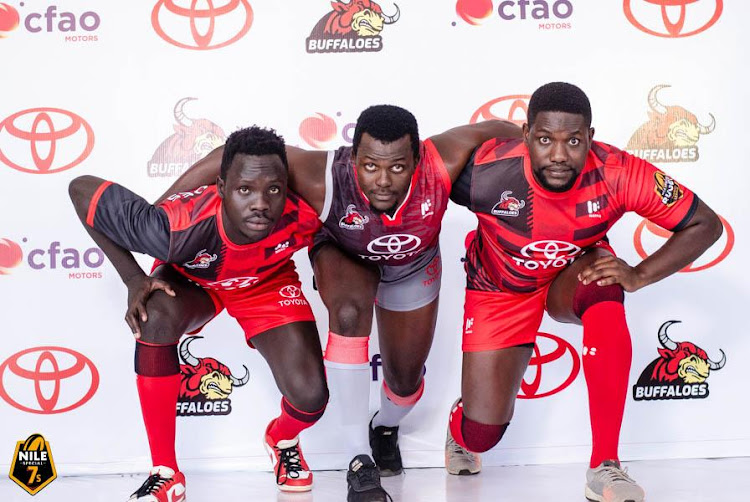 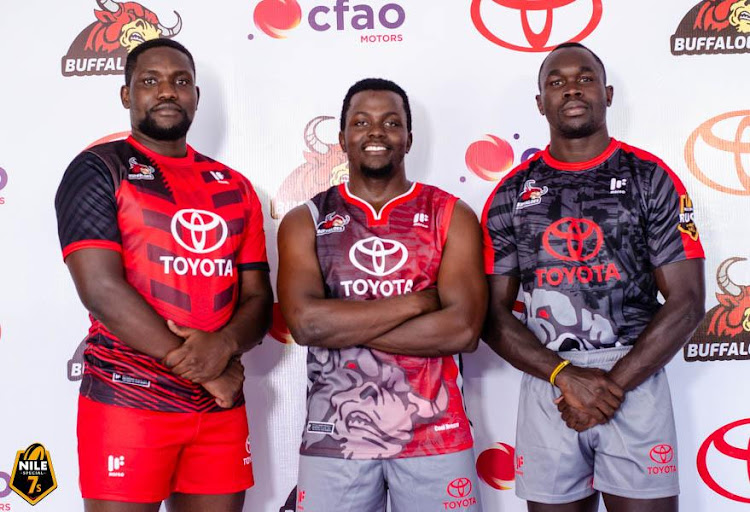 Speaking at the event, the Kyadondo Rugby Club chairperson, Brian Tabaruka commended the team sponsors for the continued supported since 2007 and promised a grand show both on and off the pitch meant to shock and awe the opponents and revelers respectively.“Getting a sponsor is one thing, maintaining them for over a decade is another. It takes commitment and focus on the objectives that bind both parties. We are eternally devoted to giving them value starting with the immediate task of hosting the final Nile Special 7s circuit. We assure the fans of a party befitting of a grand finale, that will be crowned with a display of fireworks on Sunday,” said Brain.

The Toyota Buffaloes club head coach, Charles Onen acknowledged and embraced the pressure ahead of the final circuit stating that; “Understandably there’s a lot of excitement ahead of the final circuit given the stakes. And this being the inaugural circuit to be hosted by Toyota Buffaloes, we are leaving no stone unturned. We are putting in the shift on pitch to ensure we add an extra touch of respectability to our final position.”

Toyota Buffaloes is currently in 6th position on 70 points, sandwiched between Impis on 75 points and Rams on 69.