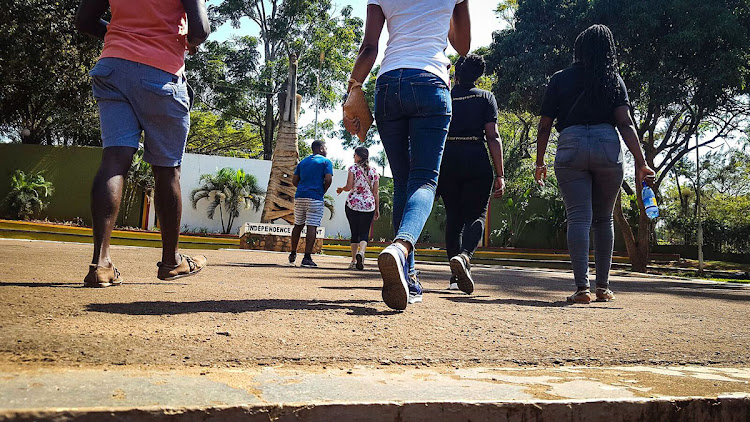 34 people who were arrested allegedly moving aimlessly in different parts of Kampala have been arraigned before court and charged with being a common nuisance.

Prosecution states that between 1st and 7th May 2022 in the areas of Namungoona,  Kasubi,  Lugala,  Nakulabye in Rubaga Divison they were found obstructing and inconveniencing the public in their own rights of movement thereby leading to the conclusion that they were a common nuisance.

They appeared before Cityhall Court and denied the said charge. Court has sent them on remand until May 25th when they will re-appear for mention of the case.

Meanwhile, a porter was also remanded to Luzira prison for allegedly stealing at his place of work. Juuko Andrew appeared before Cityhall Court grade one magistrate Valerian Tuhimbise and denied the offense of theft.

He was remanded until the 25th of this month when he will appear for further mention of the case.

Prosecution states that on the 3rd of May 2022, at Komamboga in Kampala district stole iron bars valued at 200,000 shillings from the property of Musitwa Twaha, while 37-year-old Emma Mandali a builder and resident of Kamwokya Church zone was remanded for allegedly stealing a pair of shoes and a shirt, the property of Jalwodo PaventuaProsecution says on December 13th, 2021 at Kamwokya,  the accused stole the said items and academic transcripts.