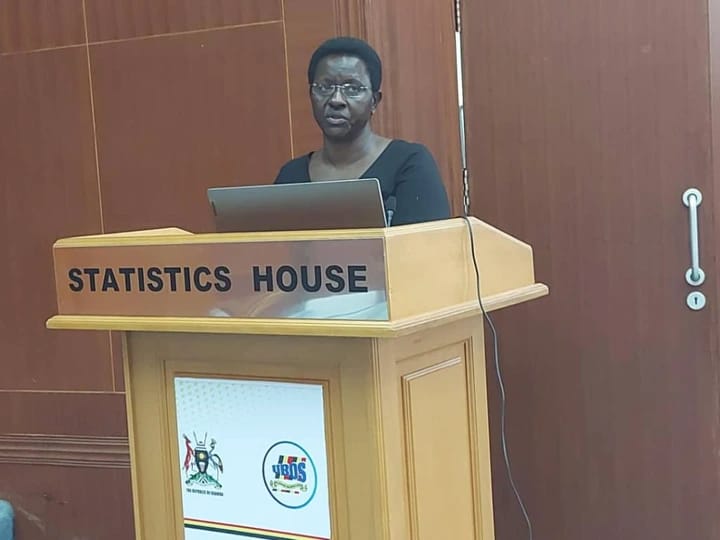 Helen Naviiri Namirembe, the director of the population and social statistics at UBOS
Image: Courtesy

Uganda Bureau of Statistics (UBOS), has confirmed that it will use geographical information system (GIS) technology in data collection and management for the 2023 national housing population census exercise.

This was revealed on Wednesday while celebrating the world GIS day celebration on 16th November at the Statistics House in Kampala.

In the previous population census exercises, data was collected based on manual and hard copy mappings, and currently, the bureau is working on mapping across the country.

This will help in finding actual and updated boundaries of the country which will be used for the 2023 census, the data will be further used in the future by UBOS and other government agencies for the next 10 years.

While addressing the participants who attended the world GIS celebration including representatives from the Office of Prime Minister, the ministry of lands and urban development, KCCA, the National Planning Authority, the Uganda Red Cross Society, Makerere University among others, Helen Naviiri Namirembe, the director of the population and social statistics said that in celebrating GIS day is a chance of addressing goal No-3 of the national statistics development of 2020 ending 2024.

However, Geographic Information Systems specialists and data scientists expressed concern over the persistent creation of districts and cities saying the government policy was affecting their work.

They noted that the move makes their findings in-accurate and requires them to repeat aerial mappings every time whenever new administrative units are created.

Ntalo Norman, a Key Information System Officer and analyst at the Uganda Bureau of Statistics said, “it is like almost every week there is a new village on ground that is coming up and that alone affects our data system and we cannot keep on updating because it requires a lot of money to update the whole country now and again.”

Charles Adriku, a senior GIS expert at UBOS said that the bureau appreciates the use of technology because some years back, they were using mental work technology and hard copies but with GIS, they have advanced and able to work faster than they used to do.

However, he said that there are a number of challenges like the cost of setting up the technology, and urged the government to invest in technologies so that they can be to collect data quickly and easier.

Adriku added that without GIS, data collection would be more difficult because traversing the country with 152 districts and approximately 70,000 villages would be very expensive to carry out and a lot of time would be wasted in the process.