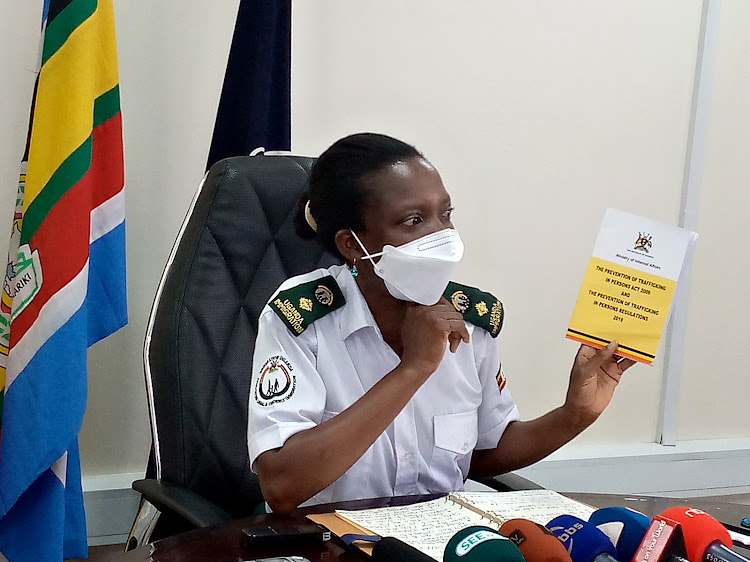 The Ministry of Internal Affairs has rescued about 33 youth from a house in Naalya Estate in Nakawa division where they had been by suspected traffickers who are now on the run.

This was after the village leadership of Naalya Estate Local Council alerted the directorate of citizenship and immigration over suspicious recruitment of youth over the weekend.

Agnes Igoye, the Deputy National Coordinator of Prevention of Trafficking in Persons in the Internal Affairs Ministry says that when she led a team of police officers and the LC one chairperson to raid the house, they found 33 victims.

The 25 males and 8 females were sleeping in a single room on four mattresses.

She noted that the victims who had been promised jobs abroad were picked from the districts of Ntungamo, Ibanda, Ishaka, Rukungiri and Mbarara.

Igoye adds that police from Kiira division are now recording statements from the victims to help in investigations.

She noted that police have intensified the hunt with the aim of arresting the traffickers who are currently on the run.

The Ministry of Internal Affairs also threatened to arrest parents especially from Karamoja region whose children are trafficked to Kampala streets.

It has been discovered that parents deploy their children on streets in order to get money while others hand them to traffickers for jobs abroad.