Bukomansimbi RDC & LC5 in trouble for inciting Bibanja owners not to pay rent. 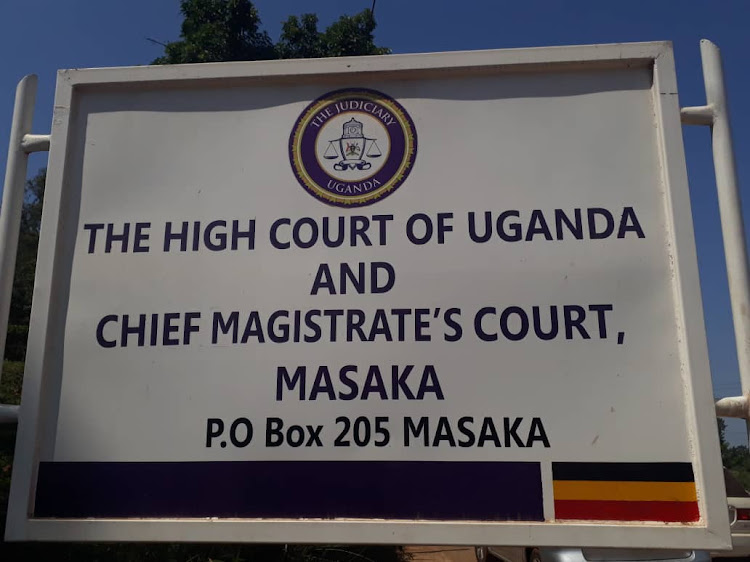 High Court in Masaka has set August 17, as the date when it will issue its final ruling in the case where the herbalist Dr. David Ssenfuka is accusing Fred Kalema, the Deputy RDC of Bukomansimbi together with Fred Nyenje Fred the Chairperson LC V and the Attorney General Kiryowa Kiwanuka, for rallying residents never to pay a single annual subscription fee (Busulu) to him.

On April 27, Dr. Ssenfuka through his lawyer’s M/s Katutsi & Lamunu Advocates dragged the trio in Court accusing them of telling residents (Bibanja holders) never to pay him his annual subscription (Busulu). 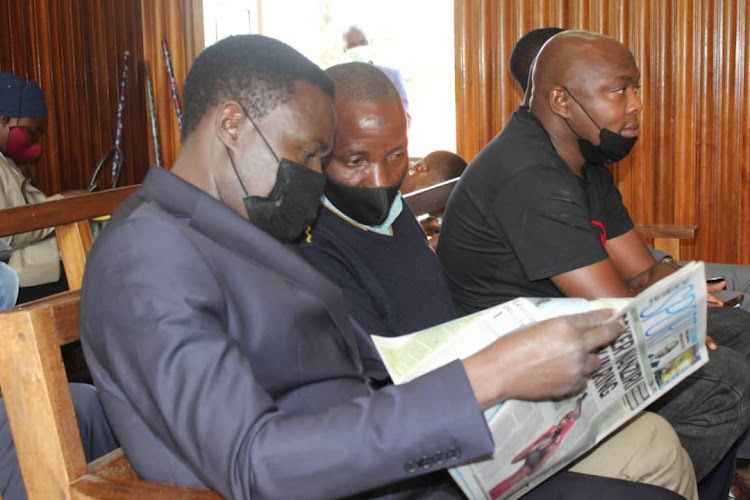 David Senfuka with a colleague during a court session in Masaka recently
Image: Daudi Zirimala

In the year 2021, the Plaintiff filed two suits, No. 084 of 20211 and No. 085 of 2021, in the Chief Magistrate's Court of Masaka against some of the occupants of his land seeking, among others, declarations that they occupied it illegally since they are neither bona fide nor lawful occupants,” reads part of the Suit.

“The persons against whom the Plaintiff filed the said suit, which is still pending hearing and disposal, sought the political intervention of the 2nd and 3rd Defendants and indeed the 2nd and 3rd Defendants, while well knowing that the matter was still pending in Court and therefore sub judice, convened a rally of all the residents of Budda on the 8th day of March, 2022 and at the said rally made very damning accusations against the Plaintiff and incited the said residents of Budda against the Plaintiff,” it adds.

According to the Suit, Nyenge and Kalema, while addressing the residents reportedly said that Dr. Ssenfuka has no rights over the contested land and incited the residents not to allow the Plaintiff step foot thereon.

“As a result of the incitement of and by the 2nd and 3rd Defendants of the residents of Budda against the Plaintiff, the Plaintiff for fear of his life cannot step foot on his land and more portions of his land are being taken by persons who are unknown to him,” it states

He in the Suit asked Court to declare that the trio violated the sub judice rule.

While hearing the Case , Julius K Borole, the Masaka High Court registrar asked Dr. Senfuka to put in his final submissions on July 7, before the defendants file in the rejoinder on July 11 and ruling will be given on 17th of August 2022. 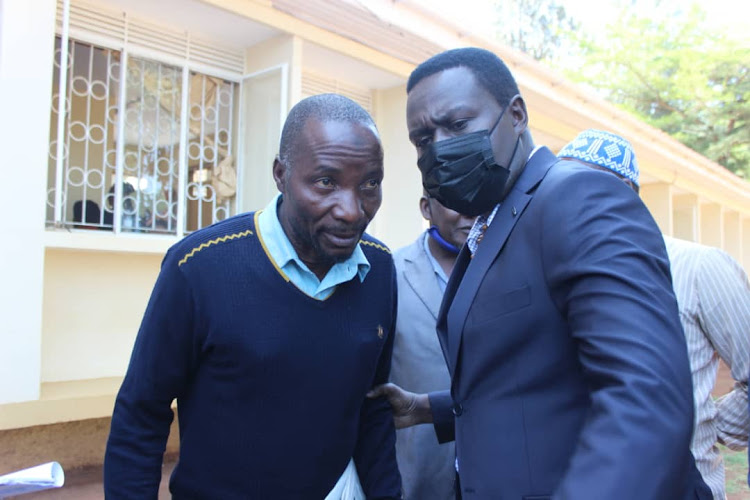 Senfuka chatting with a friend shortly after the court session in Masaka City
Image: Daudi Zirimala

Speaking to our reporter shortly after the court session , Dr. David Ssenfuka said that the RDC and his colleagues have exceeded their limits and they are now miss-using their authority.

“We are all Ugandans needs equal Justice as well as equal treatment, RDCs should sensitize the people in a proper way other than rallying residents against land owners,” he Said Ssenfuka.

Leaders, He said are fueling, and wrangles, “because they come as mediators and instead take sides". We all know the roll of RDC unfortunately they always antagonizing the situations, the issue on the ground is to pay (BUSUULU) as the law stated". If they failed then let them go".

“Land owners should be handled well, because we bought it. Whites didn’t give free land to people just see value in land and go buy it and that’s what should be considered not trading divisions as done by RDCs and some district leaders" adds Ssenfuka.