Former AIGP reacts on the arrest of Arsenal fans 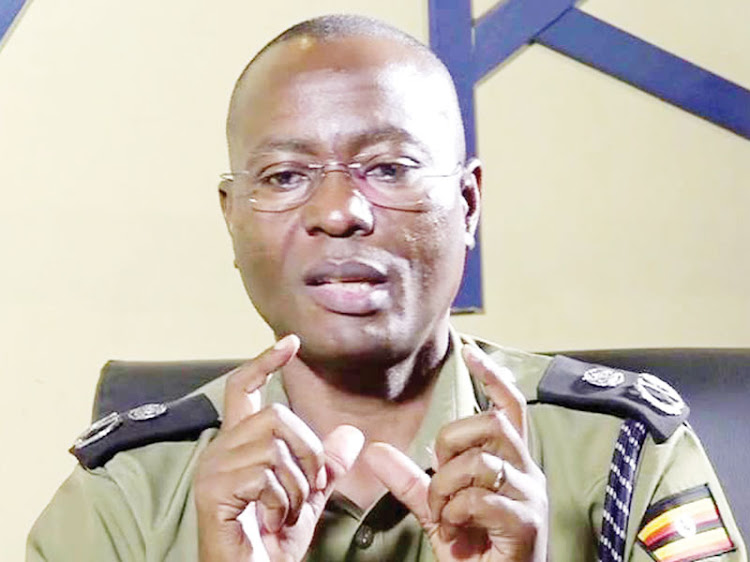 The Former  Uganda Police Force Assistant Inspector General Asan Kasingye has condemned Jinja Police for arresting Arsenal fans as they were celebrating  for their win.

On Monday 23rd January 2023 Jinja Police arrested at least eight Arsenal fans as they were celebrating the club's win against Manchester United in the English Premier League.

The game that saw Arsenal win Manchester United with 3-2 goals took place on 22nd January 2023 and this excited it's fans allover the world.

Those in Jinja city celebrated while driving a convoy but unfortunately they were  arrested by police  reasoning that they were not permitted by any security organ to hold such a gathering .

However according to Kasingye who is also  an arsenal fan , the gesture of arresting his fellows wasn't right adding that if he was in Jinja that day  ,he would also have been part of the arrested people .

Actually if I was in Jinja, most likely, I would have been arrested along with them. Whoever did it, lacked common sense required of LEOs. https://t.co/cz9asLj9E9

However police in Jinja have said Arsenal supporters who were arrested on Sunday, “don’t know anything about the English Premier League club.”

James Mubi, the Kira Region Police Spokesperson said the football fans who were arrested for holding a procession without being cleared by security demonstrated lack of basic knowledge about the club which cast doubts on what their real intentions were.

According to Mubi, only Bagiire of the arrestees passed an investigative audition aimed at sifting facts from fiction.

“We asked for the name of the Arsenal coach, the number of premier league teams, number of games Arsenal has so far played, number of wins and losses Arsenal has registered this season and the top-four teams but there was no answer,” Mubi said.

“They don’t know anything about Arsenal. That’s why our issue wasn’t about them being Arsenal supporters,” Mubi said disclosing that the group was rallied through phone calls.

Meanwhile  the arrested  Arsenal fans were wearing the club's red jersey , carrying a symbolic trophy , they were traveling in a convoy of five vehicles  as they tempted to join Iganga Road from main street.

After spending Monday night in police custody, all the suspects were released unconditionally and sent home, without any undertaking to return and continue with their charges - of participating in an illegal procession.