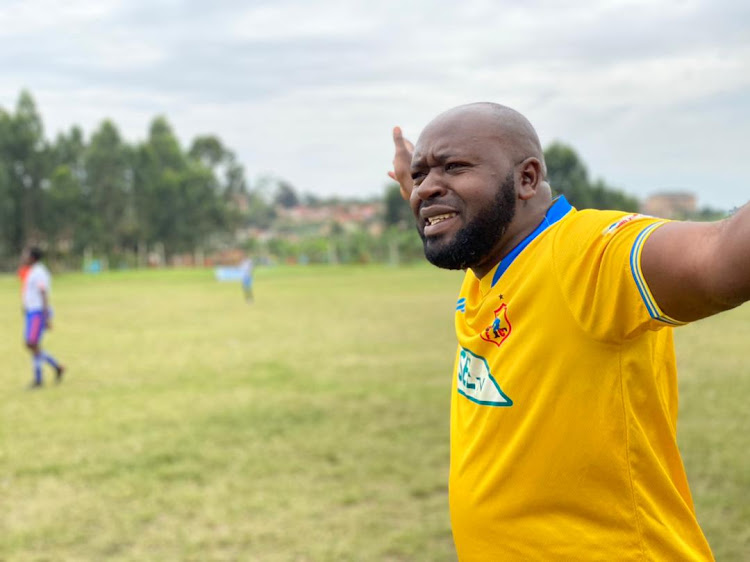 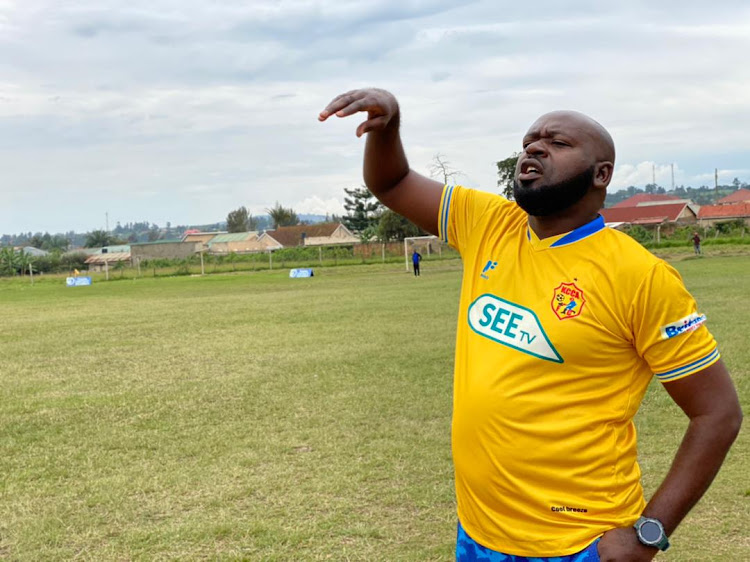 Tuka calls out a player during the game
Image: Annah Nafula 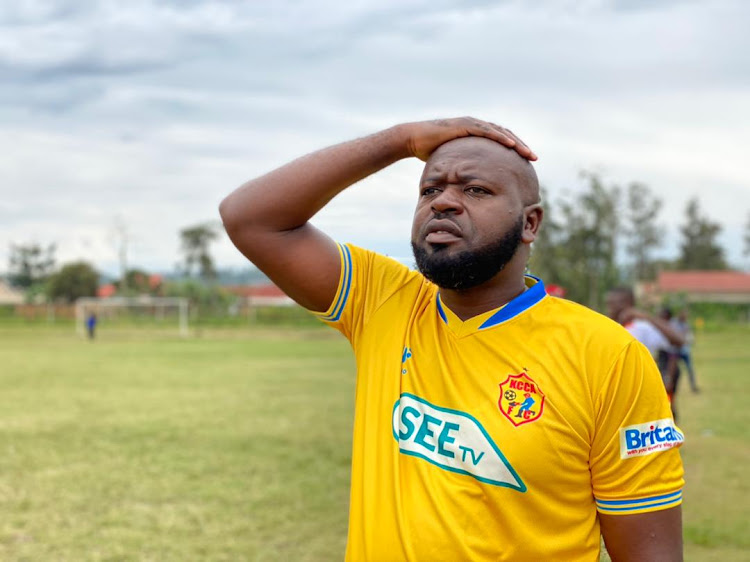 The positive coach was certain that he had set his best foot forward with his first 11. "The players are fit," said Brian before the team went for the game. In the dressing room, Coach Brian said he was sure his first-time player Levy was going to showcase real football.

In an interview Brian Tuka the team Coach described Levy as a non-existent player on the pitch, "I realized we are a man less, the man barely touched the ball." said Coach Tuka. He also hinted at an overhaul that will see him give up his assistant coach too.

"I am a fan of defending my players but today, I was extremely disappointed," said Coach Tuka 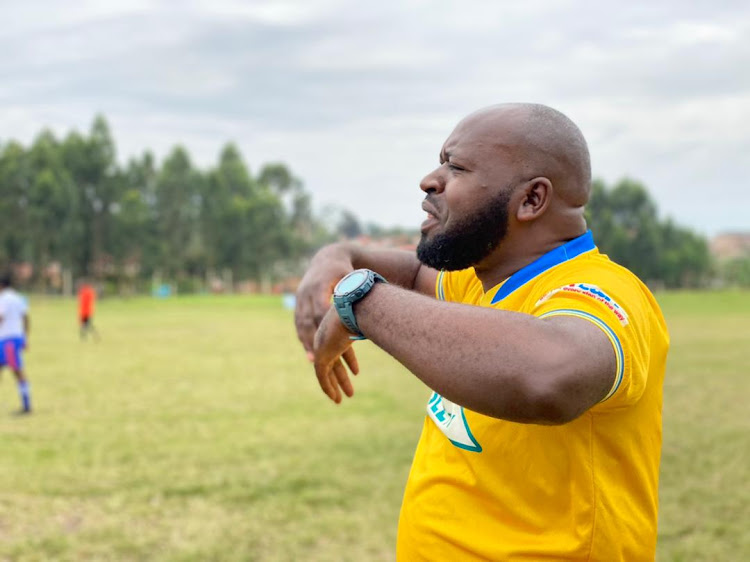 Player Levy Twine says he is equally disappointed in the coach and complains that he hasn't been paid well. Responding to Coach Brian, Levy says, "He will have to stay on the team by hook or crook"

The game ended in a tense draw as both teams scored 2 goals against each other in a tense second half. 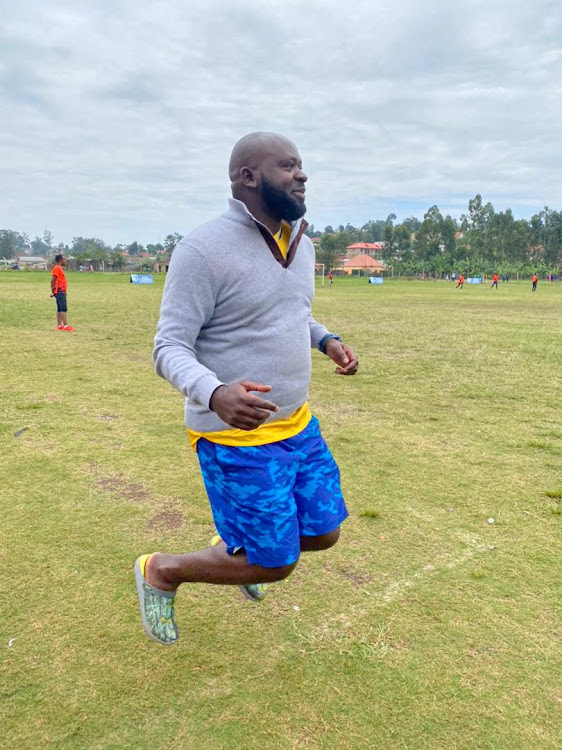 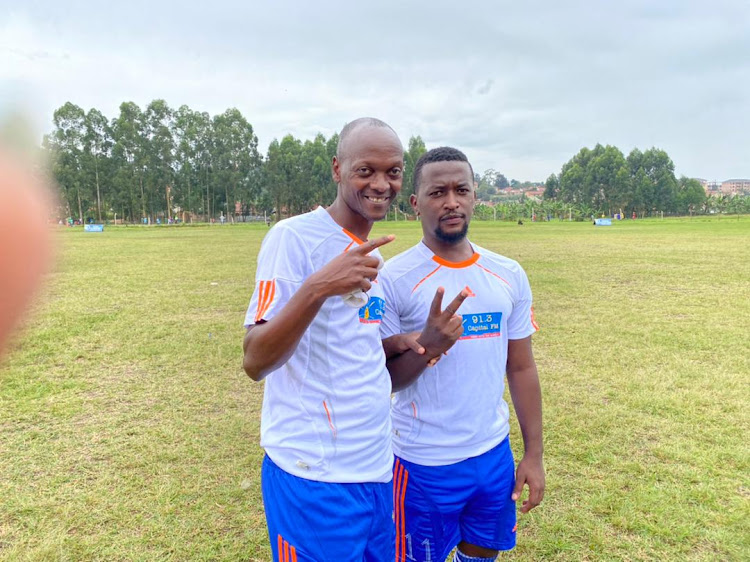