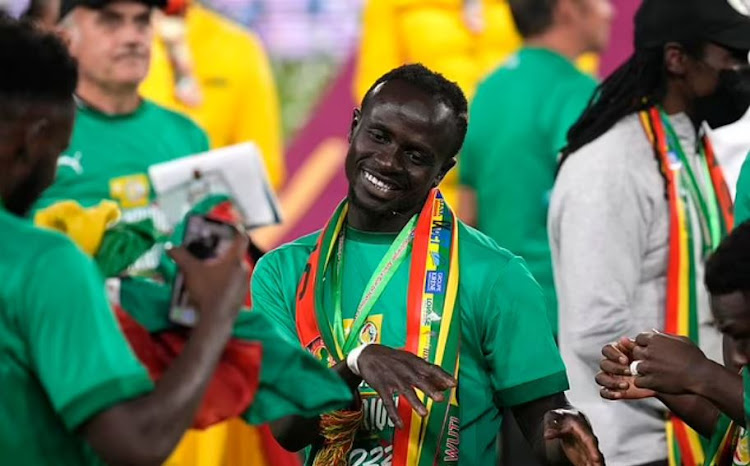 Liverpool forward Sadio Mane proved his class both on and off the pitch once again at the AFCON as Senegal were not only crowned champions, he also paid an entire hospital bill for a young boy with life-threatening injuries.

The 29-year-old, who seemed to briefly lose consciousness following a collision with Cape Verde goalkeeper Vozinha, recovered enough to score in the 2-0 win before being substituted soon after where he was taken to hospital.

As he was being treated for concussion in a Cameroon hospital, he paid the FCFA £400,000 for a family of a child with life-threatening injuries who couldn't afford the hospital bill.

I think I told you about the generous gesture that Sadio Mané made in Bafoussam in favour of a family,' declared a guest on the set of a Cameroonian channel, Equinoxetv, after the coronation of Senegal.

'The latter was in distress because a motorcycle had hit their child who had broken bones and injuries all over his body; he was close to death and his parents could not afford to pay for treatmen

'Sadio, who was in this hospital (because he was being treated there after his shock against Cape Verde) finds this grieving family and asks them what is going on.

'We explain the situation to him and he gave them 400,000 FCFA which relieved this family.

'I believe that this blessing was rewarded today by GOD.'

Mane is known for his talent on the pitch and his work in his hometown Bambali where he has previously paid to help a school being built back in 2019.

Therefore it appears he was not only the stand-out player on the pitch after being named the player of the tournament, but also away from it, with his generous actions.

Mané grew up in Bambali, a Senegalese village 250 miles away from the country’s capital Dakar. When he was 15 he ran away from home to become a professional footballer – but didn’t forget his roots.