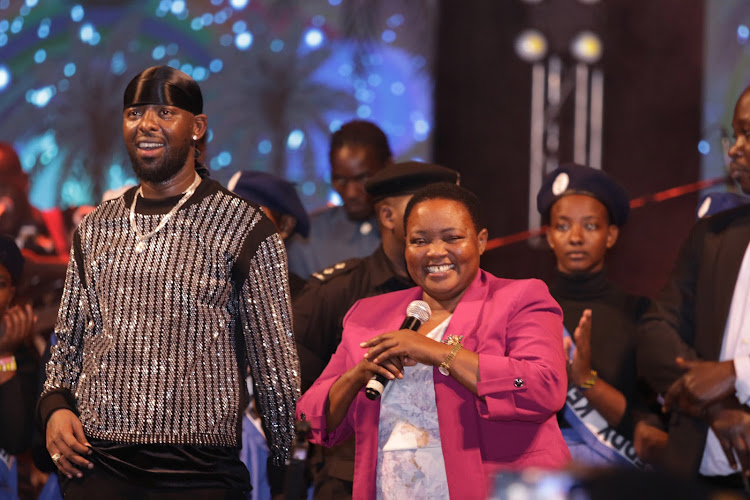 The Big Talent boss Edrisa Musuuza alias Eddy  Kenzo broke the record having had a high turn up  for his first ever music festival at Kololo airstrip.

Revelers started accessing the venue as early as 10; 00am though serious activities started a little bit later. By 2pm, people were lining up at the entrance. Once inside, there were several activities for both adults and children.

The Festival that was held on 12th November 2022 comprised of two stages and several screens that were relaying whatever was happening on the stages.

At 10;00pm, lights were blacked out as the band took its positions on their instruments. Drummers came through and started drumming before the stage was taken over by people with fire flames.

Clad in a matching black bedazzled outfit, Kenzo kicked off his first session with Lero Nsimye, a song he did in appreciation of the love people have shown him and the blessings from God.

He went on in a live session with other songs such as Dagala, Nice and Lovely and Ogenda Kunzisa. Midway through it, Chameleone joined him. 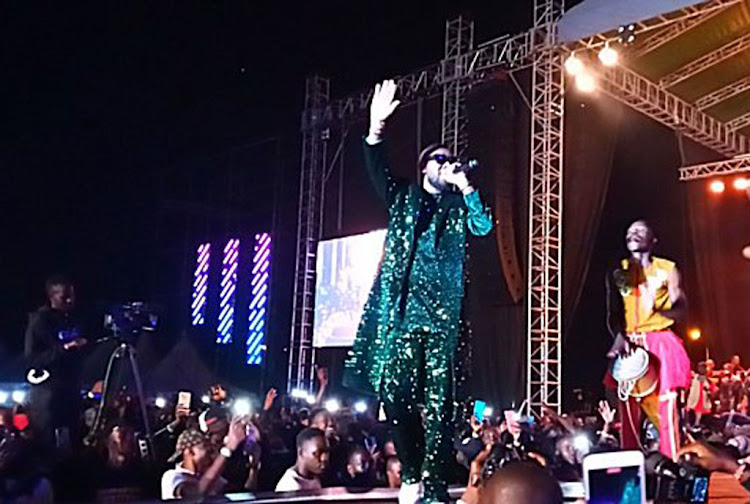 The singer went on with Mbilo Mbilo, Shake Your Body, Sango with Martha Mukisa, and left the stage for Spice Diana, who performed three songs.

Zambia’s Mampi came through with three songs before Burundi’s Bruce Melody and then Pr Wilson Bugembe and Kenya’s Bahati, who was later joined by Kenzo in a different outfit to do their Baruwa song.

Karole Kasita joined in and later Kenzo   excited the audience with some of the crowd’s favorites like Semyekozo, Bibawo, Tweyagala and Zivuga. It was on this song that the band switched to Stamina that Kenzo and Ronnie did the Stamina dance, to the amusement of the crowd.

Kenzo invited Matt B and together they did their billboard afro-beat chart, Gimme Love, before they left the stage for Harmonize, who was one of the best performers of the day.

After five songs, Kenzo returned on stage and joined Harmonize for their collaboration song. The star crowned the show with his hit song with “Sitya Loss”.

Unlike Eddy Kenzo’s concert that was counted a success, Beenie man's concert  that was held on 11th November 2022 flopped.

The show that was organized by Top Boy Entertainment took place at Lugogo Cricket Oval, however fans didn’t show up in big numbers as expected.

Beenie man the Jamaican legendary dance hall artist hit the stage at around 11; 00pm, dressed in all black and a blue blazer and performed for one full hour.

This was the star’s second performance in Uganda having had the first and successful one in 2009 at Kyadondo Rugby Club.